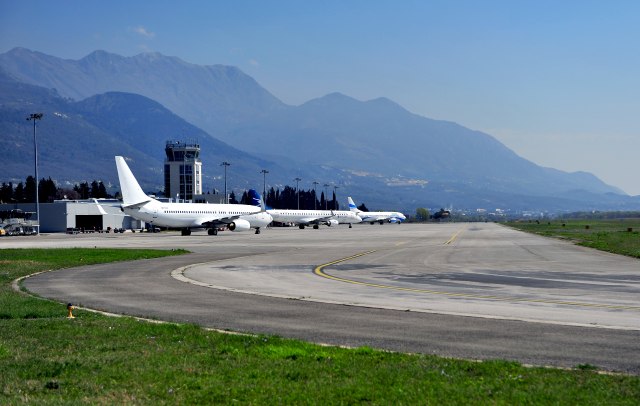 Airports with profit in 2022

«We have excellent results from the airport in Podgorica, which had a higher passenger traffic than the airport in Tivat», said the president of the Board of Directors of ACG, Eldin Dobardžić.

Preliminary data shows that Airports of Montenegro (ACG) will end the 2022 business year with a profit of around three million euros.

He said that last year the profit was 2.4 million, so this year a growth of 30 percent is expected.

«Both Montenegrin airports served 1.9 million passengers, which is 72 percent compared to the record year of 2019.»

He said that the airport in Tivat had significantly weaker results due to geopolitical circumstances, that is, because it was left without the market of Ukraine.

He added that passenger traffic in Podgorica increased almost twice compared to last year, while in Tivat it decreased by about four percent.

He stated that the largest passenger turnover was achieved by Air Serbia with one fifth of the total number, followed by the national airline To Montenegro.

At the end of this year, he expects an income of 33 million euros, which is almost 10 million more than last year.